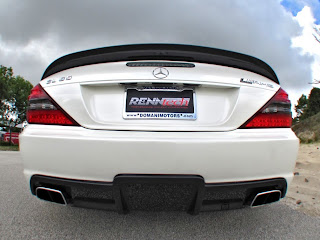 RENNTECH also outfitted the vehicle with a Transmission upgrade and 100% Locking Rear Differential. These modifications are essential when attempting to transfer ridiculous amounts of power. It's amazing how the upgraded differential completely transforms the cars driving dynamics. The driver can now feel in command of the vehicle when pushing the Bi-turbo V12 to its limits. CLICK HERE to check out all of the RENNTECH SL65 Black Series performance products that are available. 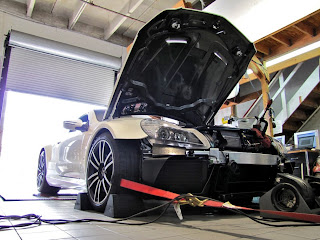 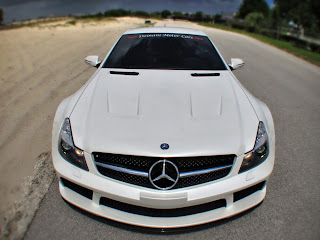 In the end, this project was truly a great experience with the team over at Domani Motors. Now enough chit chat lets get to the good stuff, check out the pics and video... 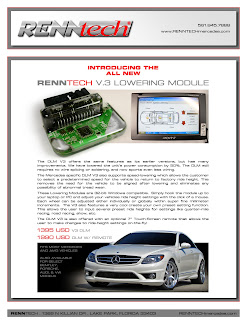 RENNtech has released the all new V3 Digital Lowering Module. This V3 DLM is the easiest and most reliable application for lowering your air suspension equipped Mercedes or AMG vehicle. Take a look at the Press Release for all the information and details on what improvements have been made over the V2 module.
Posted by RT at 12:05 PM

On April 25, 2010 in 90 degree weather with a 15 + mph head wind, a RENNtech modified CL65 with stock turbos and stock intercoolers went a blistering 191.186 MPH in the standing mile held in Miami during the Exotics Rally event.

This is the same RENNtech CL65 that holds the quarter mile record of 10.62 @ 133.7 mph. It appears that this Benz may hold a couple of new records: fastest CL65 in the standing mile and the fastest Benz with stock turbos in the standing mile.
Posted by RT at 9:00 AM 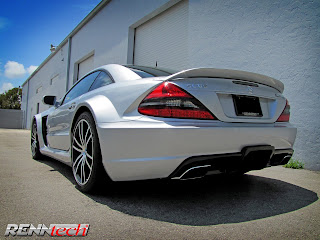 RENNTECH has officially taken the already potent V12 Bi-Turbo Black Series to another dimension of the supercar stratosphere.

RENNTECH's been hard at work creating the most powerful yet drivable product innovations on the market for the SL65 Black Series. The objective of this performance package is to deliver substantial power improvements with minimal modifications made to the vehicle. RENNTECH's SL65 Black Series Performance Package 1 includes ECU/TCU tuning, Dual Intercooler Pump Upgrade, and Sport Mufflers. These additions create an astonishing 805 HP and 1000 LB-FT of torque at the crank! 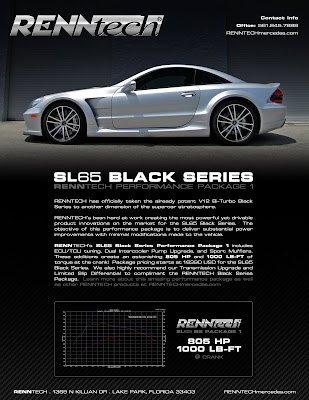 Package pricing starts at $16,390 USD for the SL65 Black Series. We also highly recommend our Transmission Upgrade and Limited Slip Differential to compliment the RENNTECH Black Series Package. Contact our product specialists for more details at 561-845-7888.
Posted by RT at 11:47 AM 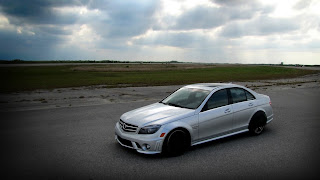 This past weekend RENNTECH participated in a Standing Mile event at the Dade-Collier airstrip. There was a fairly decent turnout and our tuned C63 drew all sorts of attention. Last week, we fabricated some unique aero enhancements in-house for this event. These exterior additions bumped the cars standing mile speed up nearly 9mph - 185MPH! Proving that aerodynamics has just as much an effect on a vehicles ability to “go fast” as its actual performance output. Here are a few pics and a video of the C63 in "standing-mile trim". 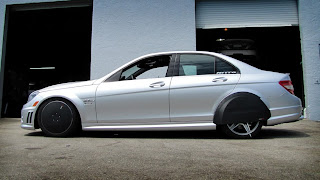 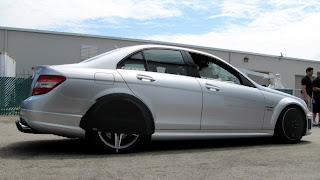 RENNTECH is proud to announce the latest addition to our RENNTECH S65 portfolio. Introducing the all new S65 Traction Control Differential developed by OS Giken and RENNTECH! This highly engineered and effective TCD is the next generation of our very popular Super-lock LSD. Exclusively available through RENNTECH, the only tuning firm that offers 100% locking differentials for the bi-turbo boosted S65 AMG. 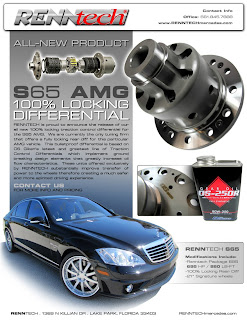 Contact us today for more information about our extensive S65 portfolio of performance products!
Posted by RT at 4:40 PM

Here we have a few new videos of our pair of record breaking RENNTECH Benz’s.

One vehicle is Hartmut Feyhl's, owner of RENNTECH, very own C63. The other vehicle, a highly modded CL65, is owned by one of our great customers.

This video shoot was a celebratory shoot in that we had just set two quarter mile world records in each vehicle a few weeks prior.

RENNtech introduces the all new G-Wagon trailer hitch mounting kit designed specifically for 2009 and up G-Wagons. Since Mercedes does not offer a trailer package for the current G-Wagons, RENNtech has engineered reinforcements to mount an OE Mercedes hitch to the vehicle. The heavy duty reinforcement attaches the Mercedes hitch to the G-Wagons frame. An optional modified rear impact panel is also available and required for installation of the hitch. Maximum trailer weight: 7000lb. (3178 kg.) 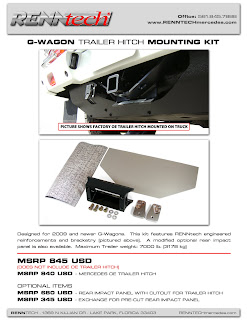 Speak with your RENNtech sales representative for additional information.
Posted by RT at 7:13 PM

RENNtech, the internationally recognized leader in Mercedes-Benz AMG tuning, has 20+ years of experience in developing the world's fastest AMG vehicles to claim the streets. 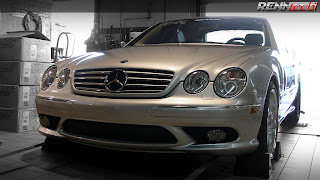 The first record was made by a customer's CL65. The vehicle was recently upgraded with newly developed RENNtech modifications which created substantial power and torque improvements. A World Record quarter mile pass of 10.62 seconds @ 133.7 mph was clocked on the cars final pass of the night.


While everyone was celebrating the CL65's record pass, Hartmut Feyhl, owner of RENNtech, set a new record with his very own C63. The vehicle is fully equipped with RENNtech engine, driveline, suspension, and braking modifications, as well as a few other prototype products under development. Hartmut ran 11.6 seconds @ 125.3 mph, which is the Worlds quickest trap speed recorded for the C63. 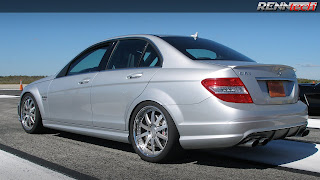 One RENNtech customer now has the Worlds fastest CL65. It clocked a 10.62@133.7mph! Thanks to newly developed RENNtech mods.

It was a great night for RENNtech!

RENNTECH is happy to welcome the passionate, the car-culture-happy and even just the looking-to-pass-time public to tune in to RENNTECH TV - our newly launched YouTube Channel. 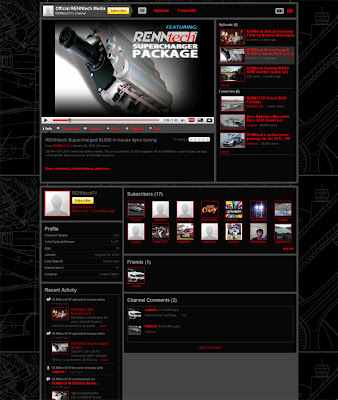 With over 5,200 views so far we're charging up to release some excellent videos that will satisfy even the most power-hungry speedfreaks. Think you can hang? Subscribe to our channel (LINK) and get notified when the latest stuff hits the web!